The Ortensia Room is a DOUBLE BEDROOM situated on the groundfloor.

The bedroom is equipped with mini frigobar, antique wardrobe and a television.

There is also a private BATHROOM with shower.

Outside you can find a comfortable private GARDEN equipped with outdoor furniture: table and chairs, sun-beds and sun-umbrella

Nice view of the village from the private garden. 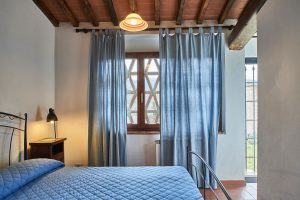 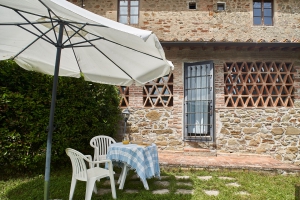 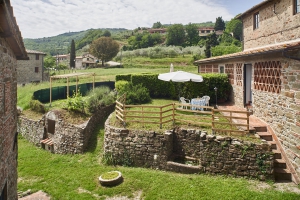