The apartment extends over one level.

At the entrance there is a VERANDA ( a closure with a large glass window ) with sofa, armchairs and a SMART TV.

Then there is a private KITCHEN-dining room equipped with drinking water, oven and dishwasher.

The apartment has THREE DOUBLE BEDROOMS, ( one with an additional single bed ); and THREE BATHROOMS with shower.

Outside there is a private EXTERNAL SPACE with panoramic view with table and chairs, sun-umbrella and a private barbecue. 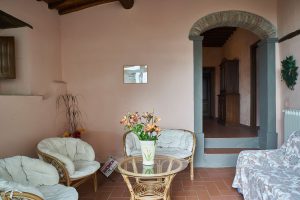 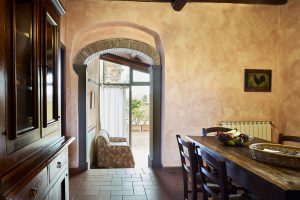 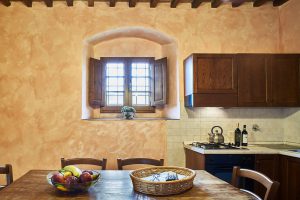 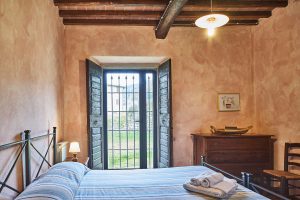 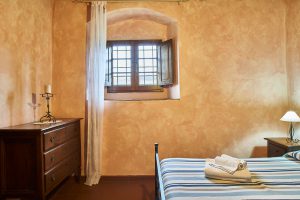 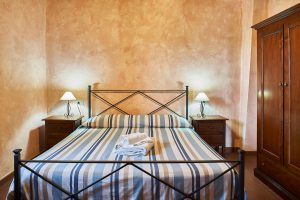 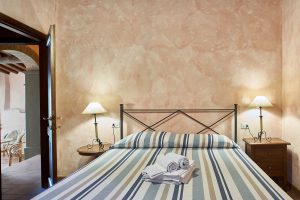 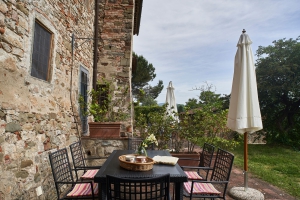 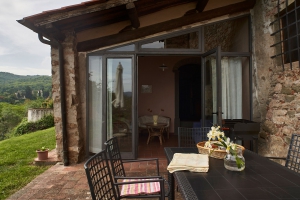 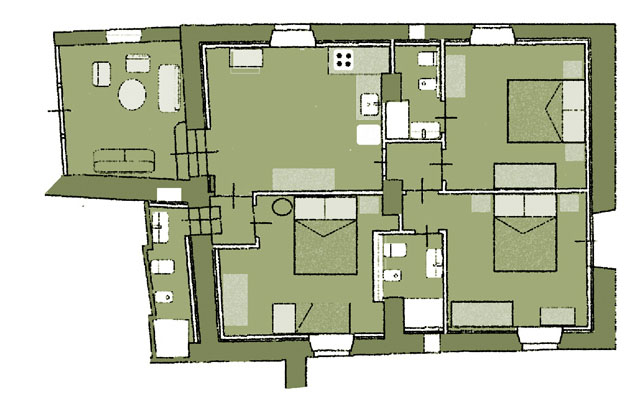